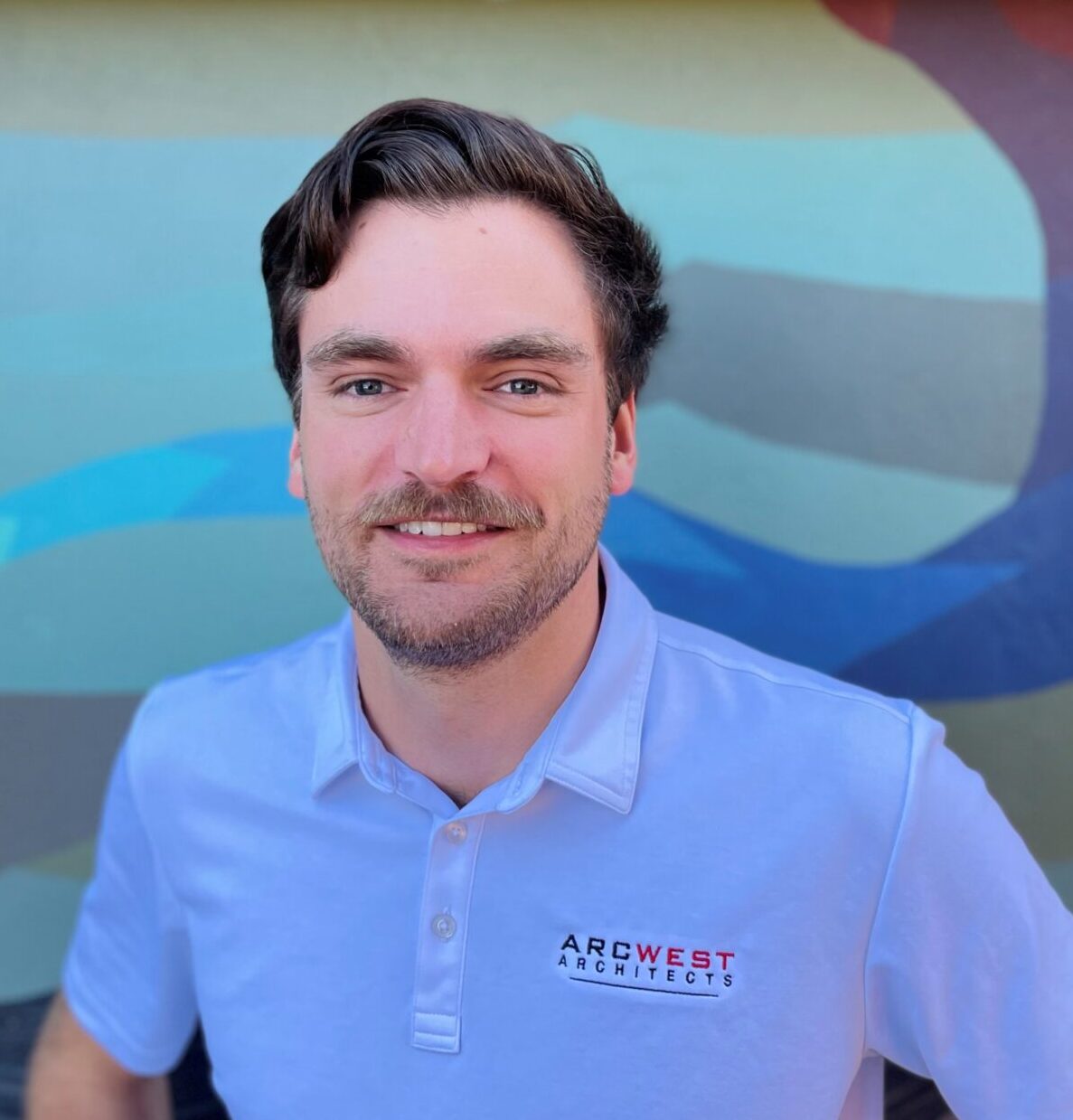 Tom joined the ArcWest team in January 2020 after moving to Denver from Houston. With a strong upbringing in construction, Tom graduated from Purdue University with a Bachelors’ degree in Construction Management. After working in the industry for some years he pursued his passion for Architecture and graduated from the University of Houston with a Masters of Architecture. During his Architecture studies, Tom studied abroad in France and Brazil where he focused on Urban complexities of the “city” from a sociological, economic and ecological context. His understanding of scale has helped him garner a better appreciation for design, big and small.

Tom grew up in the Philadelphia area where he appreciated the colonial heritage of the city, while admiring the postmodern works from Robert Venturi and Louis Kahn. In his downtime he enjoys traveling, music, sketching, camping, snowboarding and working on his car collection.